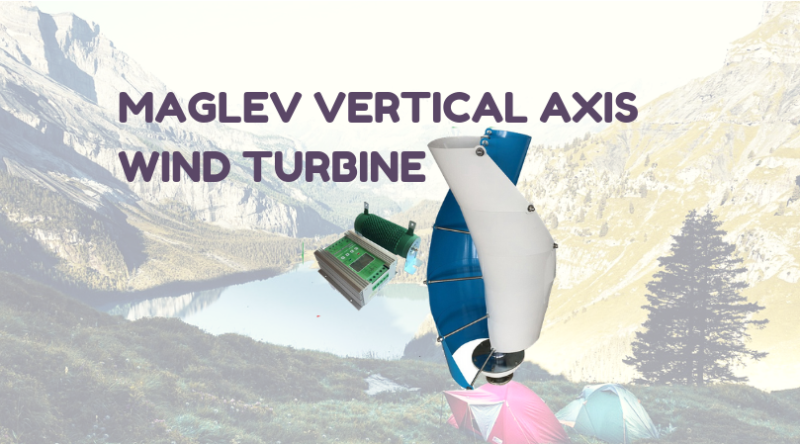 What is a Maglev Wind Turbine?

Do you know what is a wind turbine? I am not going to go full scientific about how it works using a magnetic field, because that is not the point.

In a maglev wind the turbine (the part which moves) floats of a magnet. The friction between the moving parts almost none. Hence maglev wind turbines are highly efficient, they also require low wind speed to get started.

What is Vertical Axis Wind Turbine

Usually, wind turbines have turbines like a fan which rotates horizontally. But in a vertical turbine, the turbine is made to rotate vertically. This will be cleared up once you see an example.

This wind generator from AliExpress is a complete package. Not only is uses the turbine to generate electricity from the wind, but also from solar power.

Now from the image above you can see that the turbine is vertical. Not only that, it is an  omnidirectional turbine, meaning that it will rotate on either side. No expensive wind targeting procedures are required.

Also as the wind generator or turbine is maglev. Due to being maglev, is almost no friction resulting in high efficiency. The turbines start moving at wind speeds as low as 1.5 m/s. Also, they are silent, as each one takes up less space, many of them can be placed together to produce a lot of electricity cumulatively.

Not only it produces electricity from from the wind but also using solar power.

There is unique safety system I would like to mention.  When the wind speed is too high, it unloads the extra electricity produced. The vertical turbines do not have any risk of falling or flying off.

To view more even more technical details and other details such as shipping and pricing, click the button below.

Spread the loveSome people do not understand or appreciate the value of good air purifiers, especially in the dry winter